until January 2nd for the Babcock 10k Series

The Babcock 10k Series has extended it’s ‘early bird’ discount until midnight on Thursday 2nd of January. Series entries are reduced from £45.00 and £51.00 to £35.00 and £41.00 for affiliated and unaffiliated runners respectively.

The three races in the series are:

There are more than £6,000 in cash and Start Fitness vouchers for running footwear and apparel on offer across the series.

Series entrants will each receive a specially designed More Mile technical t-shirt. Finishers in all three races will be rewarded with a unique set of commemorative medals and a goody bag containing Start Fitness running accessories. Dozens of spot prizes will be on offer across the three events.

Fife’s Annabel Simpson will be looking to break the record she set this year in Helensburgh of 34 mins 48 seconds whilst Shettleston’s Weynay Ghebresilassie has his eyes set on his own series record of 29 mins 32 seconds set in May in Helensburgh.

Series Chairman Kevin Johnson has secured the participation of Rio Olympic Marathon Runner, Sonia Samuels from Sale Harriers in Manchester for the Babcock Helensburgh 10k so already a battle royal is anticipated.

The individual winners in Helensburgh will be competing for the honour of retaining the Andrew Henderson Memorial trophy for the men’s winner and the Taylor Wimpey-West of Scotland trophy for the women’s race for the next year.

You can enter now at at Entry Central 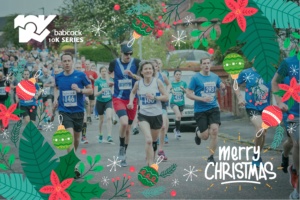